Adding Objects to the Main Menu with the Axsy Config UI

Configuring additional objects to be included in the mobile app's main menu is done by adding the appropriate Record List plugin via the Axsy Config UI, which is accessed from the Salesforce Desktop Web UI.

In addition to creating a Record List plugin for any object that is to be made accessible via the mobile app main menu, it is also necessary to ensure that the object is included as part of the Sync Config, such that the desired records for that object will be available while offline.

For more information on how to add new objects - both standard and custom - to the Sync Config of the mobile app, please see the following articles on adding and configuring Record Sets via the Axsy Config UI.

Only those records already synced to the Axsy Field Service Mobile App will be available when selecting an object from the app's main menu. That is why it's important to ensure the object is properly added to the Sync Config. Otherwise, the record list may show empty or be limited to only those records that have been synced via a relationship to another synced record.

Working with Object Lists in the Mobile App

Objects added via Record List plugins can be viewed via the mobile app's main menu, which is accessed via the three horizontal lines at the top left-hand corner of the display screen. Once the main menu is open, choose the object to view by selecting the "Title" label that was configured for the object's Record List plugin.

To retrieve updates for an Object List, a manual sync using the Sync Now button or a scheduled sync needs to occur in the app. 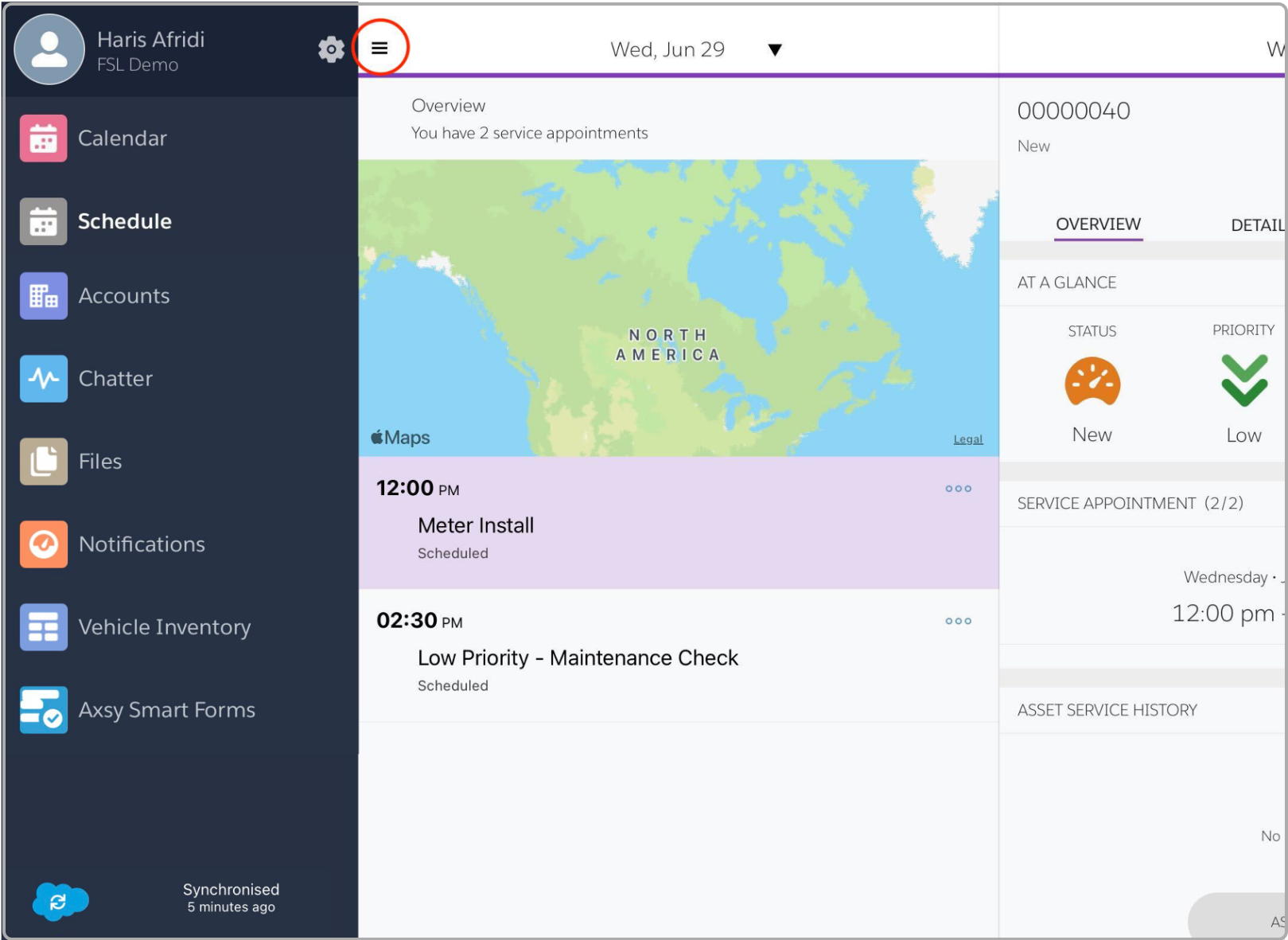 When viewing the Record List for an object, the Axsy Mobile App provides the ability to switch between different List Views: 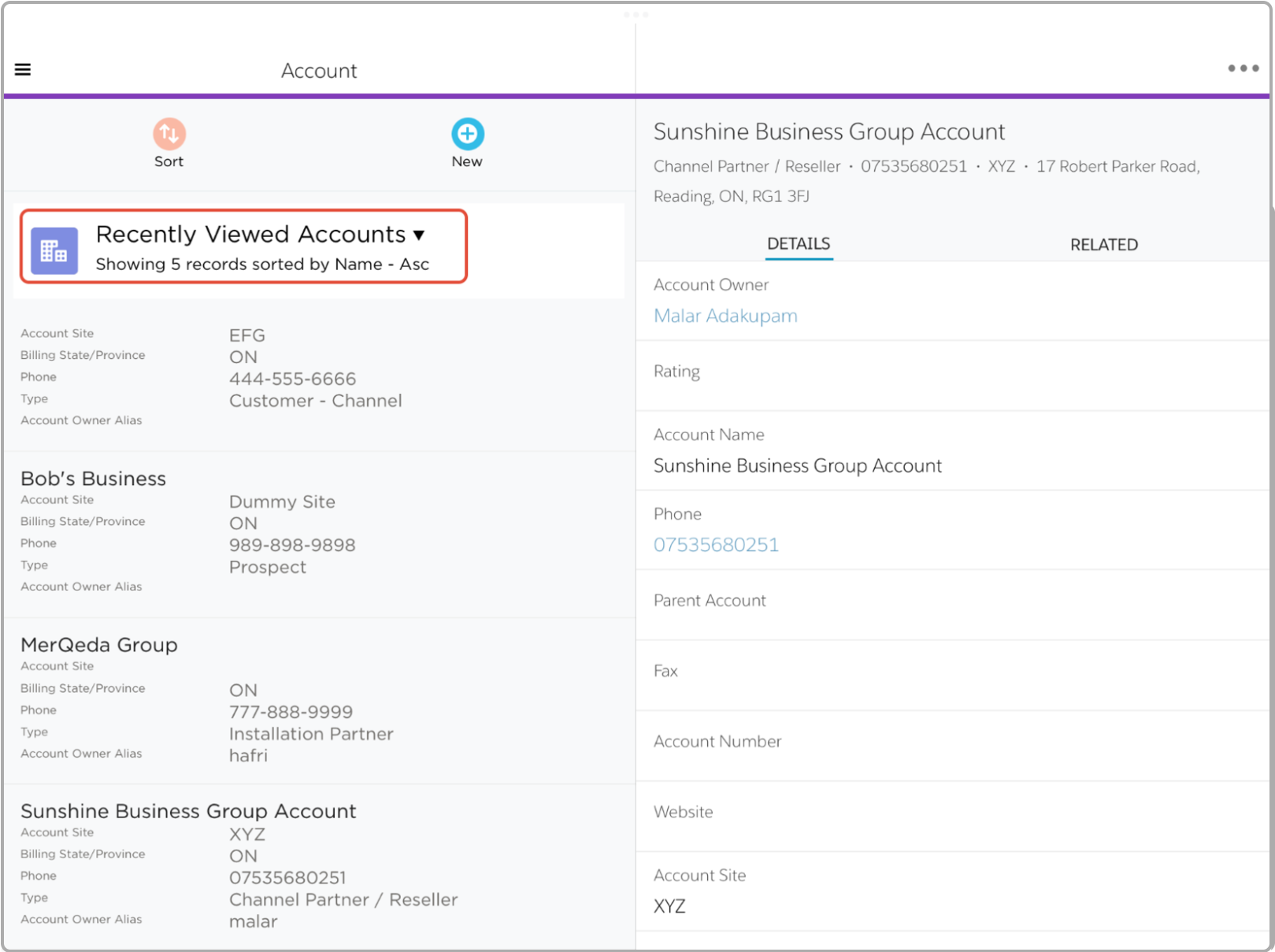 Did you find it helpful? Yes No